Pagina 5 - ... a man whose experience of life has left him sanguine and often bitter meets a not-innocent woman of similar outlook to whom he is sexually and fatally attracted. Through this attraction, either because the woman induces him to it or because it is the natural result of their relationship, the man comes to cheat, attempt to murder, or actually murder a second man to whom the woman is unhappily or unwillingly attached (generally he is her husband or lover), an act which often leads to the woman's...
Komt voor in 10 boeken vanaf 1991-2005
Pagina 2 - ... has less to do with a group of artifacts than with a discourse - a loose, evolving system of arguments and readings, helping to shape commercial strategies and aesthetic ideologies.
Komt voor in 11 boeken vanaf 1998-2007

Mark Bould is senior lecturer in film studies at the University of the West of England. 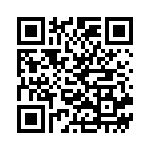