Pagina 515
... and that an opposition was made wife , four sons and four daughters . from a very high quarter of the Io private life he had nothing of the church , which rendered the recomphilosopher . He entered into lit. mendation ineffectual .
Pagina 563
George Bowes , text brother to Johtistone , Insurance Broker , to Miss the Earl of Strathmore , to Miss Mary Anu Maria Douglas , eldest daughter Thornbill , daughter of Edward Thornof Arch . Douglas of Edderton , Esq . hill , Esq . of ...
Pagina 564
At Auchmacoy , Mrs Buchan of second son of the late Sir Richard Ark . Auchmacoy , a daughter . wright , to Miss Kemble , daughter of - At London , the Countess of Ches . Stephen Kemble , Esq . of the Theatre- terfield , a son . 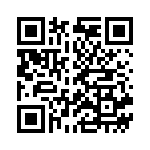