Jeffrey Shoulson is assistant professor of English and Judaic studies at the University of Miami. 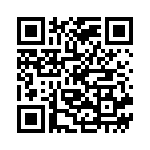