Pagina 16
Garinter , king of Britanny , had two daughters , of whom the eldest was married
to the king of Scotland ; and the second , Elisena , ( styled , from her holy life , the
Lost Devotee , ) captivated the heart of Perion , king of Gaul , and her father's ...
Pagina 17
To them he promises to meet Dardan in the lists , in defence of a noble lady , at
the court of king Lisuarte . « On the day of the trial , the Damsels rose at dawn ,
and told Amadis that they would go before to the town , and send him word when
it ...
Pagina 535
Writers must surely he flattered , when kings display their eloquence in
commendation of letters , and promote the study of them by their own
commanding example : GustavUS III . the late king of Sweden , was among the
few monarchs who ... 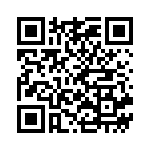