Picked for my reading group and I really didn't think I'd like it. But I did. The writing is very dense and certainly at first I was needing a dictionary at times to look up words. But I was never ... Volledige review lezen

The Star of the Sea coffin ship leaving Ireland with hundreds of famine refugees along with a few passengers in upper class is the main setting for this story. Lord Meredith along with his wife, Laura ... Volledige review lezen

Joseph O'Connor's debut novel "Cowboys & Indians" was short-listed for the Whitbread Prize. His other works include the novels "Desperados", "The Salesman" & "Irishowen", the story collection "True Believers", the stage play "Red Roses & Petrol", & an anthology comic journalism, "The Secret World of the Irish Male". His work has been widely translated & won many prizes, including the Macaulay Fellowship of the Irish Arts Council, the Miramax Ireland Screenwriting Prize, & the Hennessy New Irish Writer of the Year Award. He lives in Ireland. 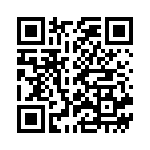