Pagina 146
This external danger is the father's threat of castration . As Freud explains in
Inhibitions , Symptoms and Anxiety , “ an instinctual demand is , after all , not
dangerous in itself ; it only becomes so inasmuch as it entails a real external
danger , the ...
Pagina 149
Lacan reveals how castration involves coming to terms with what one is not , with
what one does not have , with what one cannot be . The relation of castration to
loss , limit , and , ultimately , to the recognition of finitude can be glimpsed in the ...
Pagina 151
In the crisis of castration , desire and death are intimately intertwined . It is with
respect to castration that the most mysterious aspect of Freud's discovery
impresses itself upon us , the aspect that Lacan emphasizes in his claim that “ [
Freud ] ... 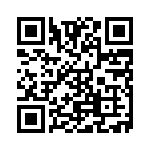