Pagina v
Art . continued , Japan , concluded , 513 Good Grandmother , 213 Jomini , General , his French Edition Gourlay's Village System , and other of the Principles of Strategy , 485 Tracts on the Poor - Laws , 107 Jorgenson's Travels through ...
Pagina 338
The first explosions were heard on this island ( Java ) in the evening of the 5th of April 1815 : they were noticed in every quarter , and continued at intervals until the following day . The noise was , in the first instance ...
Pagina 339
explosions continued occasionally , but less violently , and less frequently than at first . Volcanic ashes also began to fall , but in small quantities , and so , slightly as to be hardly perceptible in the western districts . 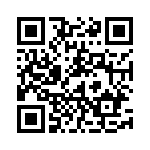