Johann Wolfgang von Goethe, 1749-1832 Johann Wolfgang von Goethe was born in Frankfurt am Main. He was greatly influenced by his mother, who encouraged his literary aspirations. After troubles at school, he was taught at home and gained an exceptionally wide education. At the age of 16, Goethe began to study law at Leipzig University from 1765 to 1768, and he also studied drawing with Adam Oeser. After a period of illness, he resumed his studies in Strasbourg from 1770 to 1771. Goethe practiced law in Frankfurt for two years and in Wetzlar for a year. He contributed to the Frankfurter Gelehrte Anzeigen from 1772 to 1773, and in 1774 he published his first novel, self-revelatory Die Leiden des Jungen Werthers. In 1775 he was welcomed by Duke Karl August into the small court of Weimar, where he worked in several governmental offices. He was a council member and member of the war commission, director of roads and services, and managed the financial affairs of the court. Goethe was released from day-to-day governmental duties to concentrate on writing, although he was still general supervisor for arts and sciences, and director of the court theatres. In the 1790s Goethe contributed to Friedrich von Schiller ́s journal Die Horen, published Wilhelm Meister's Apprenticeship, and continued his writings on the ideals of arts and literature in his own journal, Propyläen. The first part of his masterwork, Faust, appeared in 1808, and the second part in 1832. Goethe had worked for most of his life on this drama, and was based on Christopher Marlowe's Faust. From 1791 to 1817, Goethe was the director of the court theatres. He advised Duke Carl August on mining and Jena University, which for a short time attracted the most prominent figures in German philosophy. He edited Kunst and Altertum and Zur Naturwissenschaft. Goethe died in Weimar on March 22, 1832. He and Duke Schiller are buried together, in a mausoleum in the ducal cemetery. 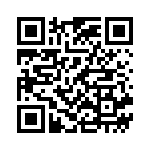