Pagina 7
92 93 93 95 96 99 100 101 102 103 104 107 109 112 Setback The Last Hellos
Presences Flesh and Fluids Widow in Red Shoes from Long Distance
Meadowsweet This Is What I Wanted to Sign Off With POETRY AND HEALTH ...
Pagina 100
Are there coffins in the crypt? How long does dying take? I still intend to climb the
rock fall — no one can take my place. This cancer is like a loved one held
hostage and never allowed to go. RUPERT M. LOYDELL 100 Widow in Red
Shoes A ...
Pagina 101
Widow in Red Shoes A quiet gathering of a few old friends, my first time with
some of them since his death. Getting ready, I think of greeting them without him,
and know back of a momentary awkwardness, there's an unstoppable avalanche
...

Julia Darling (1956-2005) was a poet, playright and fiction writer. She was a Royal Literary Fund Fellow at the School of English Literature, Language and Linguistics at Newcastle University. In 2003 she became the second winner of the the UK's biggest literary prize, the Ł60,000 Northern Rock Foundation Writer's Award. Fiona Ellis, the Foundation's Director, paid tribute after Julia's death: 'We were incredibly proud when Julia became the second holder of our Award. She was a wonderful writer and a quite extraordinary ambassador for writing.' In 2005 she lost a long battle with cancer. Her published work includes: a collection of short stories, Bloodlines (Panurge); two novels, Crocodile Soup and The Taxi Driver's Daughter (Penguin); and two collections of poetry, Sudden Collapses in Public Places and Apology for Absence (Arc). A new edition of her poetry, Indelible, Miraculous: Collected Poems, was published by Arc in 2015. With Cynthia Fuller she edited The Poetry Cure (Bloodaxe Books/Newcastle University, 2005), an anthology about illness and health. Her work for theatre and radio was collected in Eating the Elephant and Other Plays (New Writing North).Cynthia Fuller was born in Kent, but has lived in the North East since the 1970s. She has published five collections with Flambard: Moving Towards Light, Instructions for the Desert, Only a Small Boat, Background Music, and Jack's Letters Home, a Poetry Book Society Recommendation. Her most recent collection is Estuary (Red Squirrel Press, 2015). With Julia Darling she edited The Poetry Cure (Bloodaxe Books/Newcastle University, 2005), an anthology about illness and health. She was poetry editor for the magazine Writing Women for twelve years. She works freelance in Adult and Higher Education, teaching literature and creative writing, and runs writing workshops with different groups in the community. She is also involved in research into poetry and health at Newcastle University, and developing courses in this field. 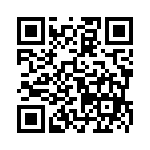