Michael P. Winship is Professor of History at the University of Georgia and the author of Seers of God: Puritan Providentialism in the Restoration and Early Enlightenment. 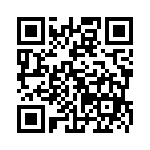