Charles Townes is one of the leading figures in twentieth-century physics, intentor of the maser, co-inventor of the laser, and a pioneer in microwave spectroscopy for molecular and nuclear physics and in the use of radio and infrared spectroscopic techniques for astronomy. A Nobel laureate, Townes was also one of the first academic scientists to accept a full-time position advising the Executive Branch during the Cold War, and was founder of the Jasons, an influential group of scientists independently advising the government. He also served on the Board of General Motors. 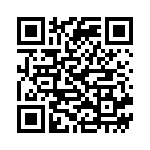