Pagina 117
a minute or two of the same time every evening , to tell me they feel tired , or that they are looking forward to a wash and something to eat , or that it has been a day of one mad rush and is it all worth it ; or , later on , washed ...
Pagina 402
months later the Mahdi died . The Khalifa Abdullahi succeeded him , and Omdurman , the capital city , really came to life . The Khalifa would have nothing to do with Khartoum . He disliked the entourage of the Mahdi because they had ...
Pagina 525
1 Begun in '55 , the railway was completed four years later , and the work on the Canal begun . 1 It must be remembered , however , that later. 6 to Suez , at Ł 4 a ton , an estimate which was to prove correct . They remained obdurate . 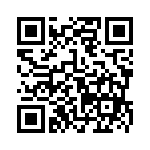