Tristan Tzara was born Samuel Rosenstock on April 16, 1896 in Moinesti, Romania. He is a writer associated with the Dada movement, a nihilistic revolutionary movement in the arts that took place in Zurich and Paris. The Dadaist movement originated in Zürich during World War I; Tzara wrote the first Dada texts - La Premiére Aventure cčleste de Monsieur Antipyrine (1916; "The First Heavenly Adventure of Mr. Antipyrine") and Vingt-cinq poémes (1918; "Twenty-Five Poems") - and the movement's manifestos, Sept manifestes Dada (1924; "Seven Dada Manifestos"). In Paris he engaged in tumultuous activities with André Breton, Philippe Soupault, and Louis Aragon to shock the public and to disintegrate the structures of language. About 1930, weary of nihilism and destruction, he joined his friends in the more constructive activities of Surrealism. He devoted much of his time to the reconciliation of Surrealism and Marxism and joined the Communist Party in 1936 and the French Resistance movement during World War II. His mature works started with L'Homme approximatif (1931; "The Approximate Man") and continued with Parler seul (1950; "Speaking Alone") and La Face intčrieure (1953; "The Inner Face"). In these, the anarchically scrambled words of Dada were replaced with a difficult but humanized language. Tristan Tzara died December 24, 1963 in Paris. 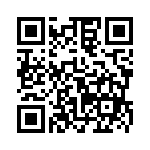