Pagina 13
Other members of Berlin Dada were Johannes Baader, Hannah Hdch, and Franz
Jung. ln 1 91 8, they founded a Club Dada, published a large number of
periodicals (most of them short-lived), arranged lectures and performances, and
issued ...
Pagina 25
His reply, published in the same magazine, gives us a glimpse of the Surrealists'
political attitude: "l would once more emphasize that the disgraceful revolutionary
business that's been going on in Eastern Europe these last few years ...
Pagina 41
The men thus attacked published a pamphlet of their own, attacking Breton. They
used the same title which, a few years earlier, had been given to an essay
against Anatole France: Un Cadavre. ln it, Breton is called a policeman, a priest,
... 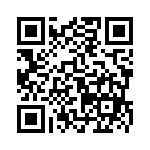