Jean Jaurčs (1859–1914) was the leader of the French Socialist Party, which opposed Jules Guesde’s revolutionary Socialist Party of France. An antimilitarist, Jaurčs was assassinated at the outbreak of WWI. Mitchell Abidor’s books include anthologies of the anarchist writings of Victor Serge, on the propagandists of the deed, the Paris Commune, the left of the French Revolution, and French anarchist individualists. 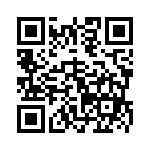