Pagina 47
So rules of warfare were suspended , and Indians were given blankets , for example , infected with smallpox , thus establishing a precedent for germ warfare . Folk hero Kit Carson was really given his name by the Indians .
Pagina 99
Paine settled down on a farm near New Rochelle , New York , which had been given to him by Congress when the Revolution was over . But it was a bad place for Paine , now a weary , sick , nearly broken old man , to settle .
Pagina 199
Once these homeless , tempest - tossed folks land in America , go through the necessary immigration procedures and get settled , they are given the opportunity of their lives to prove what they are worth . If they are willing , the myth ... 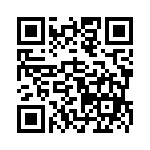