Pagina 19
At the meetings of the Monist Society , Cook , Glaspell , and Dell began
friendships that would endure long after they left Davenport . 2 Glaspell , a tall
thirty - year - old woman with sad eyes and a sweet , intelligent smile , appeared
to one ...
Pagina 352
With the excited approval of Cook , O ' Neill , and the executive committee ,
Emperor Jones went to Broadway and on to London . With this success , the
Provincetown Players ended their phase as an amateur experimental collective
and ...
Pagina 358
NOTES 8 . Quinn to Augustus John , February 7 , 1915 , John Quinn Memorial
Collection , Rare Books and Manuscripts Division , NYPL . 9 . Cook , in Susan
Glaspell , The Road to the Temple ( New York : Frederick A . Stokes , 1927 ) , p .
245 . 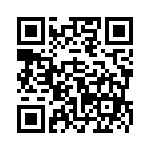