David Quint is Professor of English and Comparative Literature at Yale University. He is the author of Origin and Originality in Renaissance Literature (Yale) and The Stanze of Angelo Poliziano (Massachusetts). 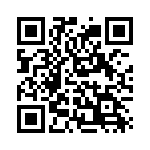