The World is Flat on CD

This book on CDs was ordered as a Christmas gift. It was easy to order shippingwas fast and free! In all an excellent book and an excellent way to purchase... fromOverstock! What more can you ask for. Volledige review lezen

The World Is Flat

Everyone should read or listen to this on CD. It puts into perspective what has been happening to American jobs and lifestyle. Volledige review lezen

Journalist Thomas L. Friedman was born in 1953 in Minneapolis, Minnesota. Friedman graduated from Brandeis University with a degree in Mediterranean Studies and earned a graduate degree from Oxford in Modern Middle East Studies. His reporting on the war in Lebanon won the George Polk Award, the Pulitzer Prize, and the Livingston Award for Young Journalists. He won a second Pulitzer for his work in Israel. Friedman began his career as a correspondent for United Press International and later served as bureau chief for the New York Times in Beirut and Jerusalem. He moved to the op-ed page of The New York Times as a foreign affairs columnist. In 2002, Friedman won his third Pulitzer Prize, this time for Commentary. Friedman wrote about his experiences as a Jewish-American reporter in the Middle East in From Beirut to Jerusalem, which won the National Book Award in 1989. The bestselling Lexus and the Olive Tree won the 2000 Overseas Press Club Award for best nonfiction book on foreign policy. He wrote Longitudes and Attitudes: Exploring the World After September 11 and The World Is Flat, which received the first Financial Times and Goldman Sachs Business Book of the Year Award. His other works include Hot, Flat, and Crowded, Hot, Flat, and Crowded 2.0, and That Used to Be Us which made The New York Times Best Seller List for 2012. His title, Thank You for Being Late, made the New York Times Best Seller List in 2016. 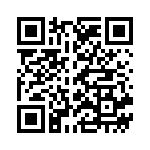