T. C. McCaskie holds the only established university
post in Asante Studies, as Reader in Asante History at the Centre of West African Studies, University of Birmingham. He is author of State and Society in Precolonial Asante and of numerous papers on Asante. 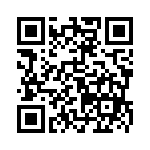