Pagina 51
Two circles, one in yellow and one in white, were each cut in half and carefully
superimposed to produce two champagne glasses. The juxtaposition of the
glasses suggests the 'clink', and the blue-black background tells us the party was
held ...
Pagina 115
The illusion which conjures up a glass of Beaujolais presented itself over a drink
one evening. The two- dimensional implies the three-dimensional, the wine glass
is made to stand up. A case of I drink therefore I am, or less is more than ...
Pagina 172
My proposal is to throw a glass canopy over the exposed roof, insert a
freestanding, narrow steel deck on stilts down the centre of the aisle mounted
from each end by an elegant lightweight staircase of steel and glass. Hanging
from the ...

Terry Jones is the author of several acclaimed works on the Middle Ages including "Chaucer's Knight, Crusades," and "Medieval Lives," the basis for his popular PBS series. A former member of Monty Python, he lives in London.
Terry Dolan is Professor of English at University College, Dublin, and a lexicographer and broadcaster.
Juliette Dor is Professor of Medieval English Literature at the University of Liege.
Alan Fletcher is a lecturer in Medieval English Literature at University College, Dublin.
Robert F. Yeager teaches Old and Middle English literature at the University of West Florida.

Jeremy Myerson is a writer, editor, and researcher specializing in design and architecture.
Philip Ross is a commentator, writer, and consultant on workplace and technology futures. 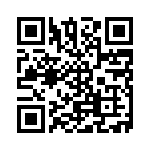