Pagina 124
Internally , however , it underwent a on behalf of the executor , Edward Grant . somewhat drastic change in the last century , The testator's prayer to the Trinity and when plaster ceilings were erected and other bequest of his soul to ...
Pagina 271
9 was error William Herbert , second Earl of Pembroke , the first Earl's son and heir , who succeeded held that Earldom until 1479 , in which year , as second Earl , is stated to have been Edward IV . , wishing to confer the Pembroke 14 ...
Pagina 497
Viscountess Stafford's father , Edward , died in the lifetime of his father , Edward , I interrogated on this subject ( 1 ) a Baron Stafford , whose father also Worcester farmer who said wreckling ” ; named Edward and held the Barony . 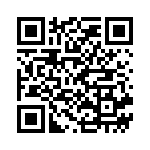