Pagina 74
PLACES OF PILGRIMAGE CHINESE THEATLEJ Murprite Osvrture du film
parlant et acte " Hollywood revya " paraphrasant les splendeurs de Hollywood
On se demande parfois . absolument déprimé , encore au point , cela ne fait pas
le ...
Pagina 77
This all helps to understand why , at present , Hollywood is the navel of the Earth
, as it is the only place where the sole dream is to entertain the rest of the world ,
to persuade us that the moon is made of green cheese ! Hollywood , all things ...
Pagina 81
Bataille ' s ' Places of Pilgrimage : Hollywood proposes Hollywood as a modern
place of pilgrimage , contemporary dream - peddlar , but hardly celebrates it for a
glamour comparable to that of the great cathedrals . The text moves from ...

Art historian Ades, the author of several books on Surrealism and Dadaism, and Baker (art history, Univ. of Nottingham), a member of the editorial group of theOxford Art Journal , here tell the story ... Volledige review lezen

Dawn Ades is the author of a number of books on dada, surrealism, and related topics, including Dada and Surrealism Reviewed, Photomontage, and Salvador Dali. She is Director of the Arts and Humanities Research Board Centre for the Study of Surrealism and its Legacies at the University of Essex.

Simon Baker is Lecturer in Art History at The University of Nottingham and a member of the editorial group of the Oxford Art Journal. 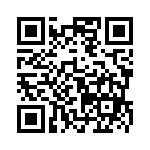