Pagina 27
My mother ' s father , Mark , who did become a butcher , left this region along with
three brothers , at the turn of the century ... father , Eli , like many other Jews ,
made his living cutting timber from the great primeval forests , hauling it to the ...
Pagina 34
Quite mad , of course , except that my father ' s father ' s family lived in Izmir while
my mother ' s father ' s family lived in Kowno . As far as I know , none of the
Schamas or the Steinbergs became Cossacks , though my mother swears we
had a ...
Pagina 353
While my sister and I nibbled on peanuts , my father would order the proper hock
and the proper brown bread and settle back in beaming anticipation . The aroma
came first : a mighty wave of salt - toasted , pungent splendor advancing toward ... 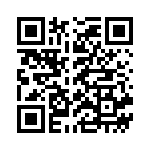