Pagina 127
A board hung up in the refectory bears , under the title of Table pour l'Office Divin
, a notice of the penances and labour of the week ; the whole of which , Mr. F. was
assured , was rigorously observed . • The abstinence practised at La Trappe ...
Pagina 515
It is that thing , the fruit of labour , accumulated and not yet consumed , which is
called wealth . M , DE S. illustrates the nature of wealth , first , in an isolated
individual , for the sake of simplification , and afterward extends the application to
...
Pagina 516
Those labours which fail of their object do not constitute wealth , since no
enjoyment is derived from them , although the ... Exercise , music , dancing , & c .
combine labour and enjoyment , but they do not constitute wealth , because they
have ... 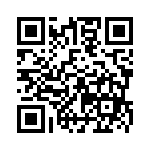