A very interesting read by the former director of the Central Intelligence Agency, and long-time intelligence operative. There's a solid (if brief) chapter on the history of espionage, and most of the ... Read full review

A good historical overview of the CIA. Could be used as a good primer for intelligence gathering with specific descriptions and examples of various types of intel gathering - espionage, surveillance, etc. Not as updated for the 2000's though as expected. Relies heavily on Soviet-era examples. Read full review

Allen W. Dulles, one of the most important figures in the history of American intelligence, served under eight U.S. presidents, from Woodrow Wilson to John F. Kennedy. He served presidents Eisenhower and Kennedy as director of the Central Intelligence Agency from 1953 to 1961. When he died in 1969, President Nixon remarked, " . . . in the nature of his task, his achievements were known to only a few." 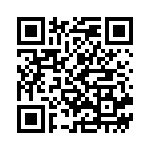