Jennifer Chubb is a Professor of Mathematics at the University of San Francisco. She received her PhD in Mathematics at George Washington University in 2009. Her main research area is in mathematical logic and computable structure theory. She has spoken about her work at academic conferences internationally, and has published research articles in highly regarded peer-reviewed journals. She has taught undergraduate courses in quantum computing, and participated in the administration of the GWU Center for Quantum Computing, Information, Logic, and Topology. Chubb also holds a Bachelor of Science in Physics and Applied Mathematics and a Master of Science in Applied Mathematics from George Mason University. While pursuing those degrees, she worked in experimental physics and studied chaos and nonlinear dynamics.

Ali Eskandarian is a theoretical physicist and is currently Dean of the College of Professional Studies and the Virginia Science and Technology Campus at George Washington University. He holds faculty appointments as Professor at CPS and at the Department of Physics. Prior to his arrival at George Washington, he held the Distinguished Oliver Professorship in the Integrated Science and Technology and Computer Science Departments at James Madison University, where he also held the title of Virginia Eminent Scholar. In the mid-1990s, Dr Eskandarian was the Study Director at the National Research Council for the influential 'Reusable Launch Vehicles: Technology Development and Test Program' study, which led to important recommendations regarding the future technological options and the nation's space policy. He has been a founding member of the groups in astrophysics and quantum computing/information at George Washington University, and currently serves as co-director of the Center for Quantum Computing, Information, Logic, and Topology. He is a Fellow of the Washington Academy of Sciences and a member of the American Association for the Advancement of Science (AAAS) and the American Physical Society (APS). He was also the recipient of the JASON Learning 2012 Harry Jack Gray Hercules Award, presented at the National Educators Conference in June 2012.

Valentina Harizanov is a Professor of Mathematics at George Washington University, where she also serves as co-director of the Center for Quantum Computing, Information, Logic, and Topology. Harizanov obtained her PhD in Mathematics at the University of Wisconsin, Madison. She is internationally recognized for her research in mathematical logic, particularly in computability theory and computable model theory. Harizanov has published over sixty research papers in peer-reviewed journals and volumes in mathematics and theoretical computer science. She is a co-editor of Induction, Algorithmic Learning Theory, and Philosophy (2007) and a co-author of the Handbook of Recursive Mathematics, The Expression of Modality and, most recently, Turing's Legacy (Cambridge, 2014). Harizanov has given around 120 invited talks at conferences and universities throughout the United States and Europe, as well as in Canada, Israel, and Russia, including plenary talks at the European Summer ASL (Association for Symbolic Logic) Meeting, the Annual ASL North American Meeting, the Winter ASL North American Meeting, the Mal'cev Meeting, and the Mathematical Association of America Meeting. Since 2001, Harizanov has organized the Washington Logic Seminar at George Washington University. 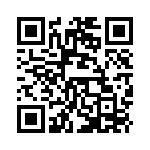