Very well researched. Well written. The explanation of a ghost story is a nice twist. A good companion to A Victorian Marriage.
It is a pity the printed version doesn't do the illustrations justice. 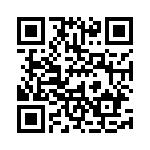