Lew Welch was born August 16, 1926 in Phoenix, Arizona. He entered Reed College in 1948, and the following year moved into a house with Gary Snyder; the following year they were joined by Philip Whalen. By the fall of 1949 Welch was co-editor of the school's literary magazine and was writing constantly. He wrote his senior thesis on Gertrude Stein and graduated in 1950.

For a number of years Welch showed his poetry only to close friends. With the emergence of the Beat movement, however, Welch's friends Philip Whalen and Gary Snyder began receiving national attention. Welch's desire to devote himself completely to his poetry was revived, and he soon became a part of the San Francisco poetry scene.

Donald Allen included one of Welch's poems in The New American Poetry - the important anthology published in 1960. That same year Welch's first book, Wobbly Rock, was published. He was drinking heavily during this time, but he continued to write extensively, and in 1965 published three books.

Despite his burgeoning success, Welch's bouts with depression and heavy drinking continued. On May 23, 1971, Gary Snyder went up to Welch's campsite in the Sierra Nevada mountains and found a suicide note in Welch's truck. Despite an extensive search, Welch's body was never recovered.

Gary Snyder is an American poet (often associated with the Beat Generation and the San Francisco Renaissance), as well as an essayist, lecturer, and environmental activist (frequently described as the "poet laureate of Deep Ecology". Snyder is a winner of a Pulitzer Prize for Poetry. His work, in his various roles, reflects an immersion in both Buddhist spirituality and nature. Snyder has translated literature into English from ancient Chinese and modern Japanese. For many years, Snyder served as a faculty member at the University of California, Davis, and he also served for a time on the California Arts Council. 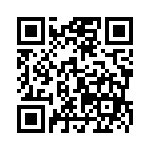