Sir Walter Scott (1771-1832) was a Scottish novelist, poet, playwright, and historian who also worked as a judge and legal administrator. Scott’s extensive knowledge of history and his exemplary literary technique earned him a role as a prominent author of the romantic movement and innovator of the historical fiction genre. After rising to fame as a poet, Scott started to venture into prose fiction as well, which solidified his place as a popular and widely-read literary figure, especially in the 19th century. Scott left behind a legacy of innovation, and is praised for his contributions to Scottish culture. 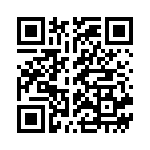