Pagina 41
Dried fruits , sherbet , and rose - water , were presented , as well as the calumet , which the ambassador offered to the officers of his suite , after first using it himself . They then distributed the presents , which consisted of the ...
Pagina 128
The situation of officers here , especially in time of war , is very melancholy ; cooped up in a prison , from which it is impossible to stir , and with no other amusement or resource , but what they can find among themselves .
Pagina 175
He returned at three o'clock , and brought positive orders immediately to liberate the count ; but the officers of justice would not suffer him to go without paying them their fees , which the count gave them , declaring he despised ... 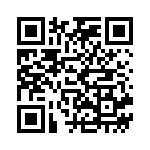