Pagina 61
Physiol . moveinfluence us , influenze us . ment occurring upon exposure to light . ( PHOTO- + Gk And how to counter this kinčsis movement ; see KINETIC ] ...
Pagina 65
the naked light bulb in her hotel room in Mexico and throwing said castrated source of light right at him through his own window .
Pagina 95
... makes public our ancestry as " photophilous ” beings - photophilous ( fo - tó - fi - lus ) organisms love light , flourish in light ; botanists and ...

William Anthony Nericcio is Professor of English and Comparative Literature at San Diego State University in California, where he also serves on the faculty of the Center for Latin American Studies and the Department of Chicana and Chicano Studies. 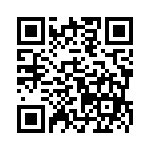