A student of Louis Althusser, Paulin J. Hountondji is one of the most outspoken Francophone critics of the ethnophilosophy movement. For Hountondji, philosophy is primarily a highly refined, critical mode of analysis that is ultimately personal and not collective. For this reason, he thinks that the ethnophilosophers (a term he coined) are looking in the wrong place for African philosophy. Indeed, according to Hountondji, their assertion that Africa already has an indigenous philosophical tradition, one that is fundamentally different from European rationality, only reinforces the claims of "otherness" originally imposed by the colonialists. Rather than generating an African sense of racial or ethnic pride, ethnophilosophy hampers the process of modernization. Hountondji's emphasis on philosophy as an individual, reflective, and theoretical enterprise also pits him against the Marxists, who see philosophy as simply a means to revolutionary change. For Hountondji, it is just as corrupting to use philosophy to serve ideology as it is to use it to support ethnic or racial distinctiveness. Very active in developing the field of philosophy in an African context, Hountondji was one of the founders of the important bilingual journal Cahiers Philosophiques Africains in 1972. 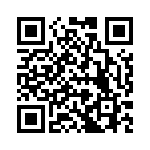