Benjamin Zablocki is a professor in the Sociology Department at Rutgers University. Thomas Robbins is an independent scholar and lives in Rochester, Minnesota. 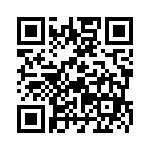