worth reading and working through for many reasons. my problem is that perloff works so hard to relate everything to TS Eliot. it takes some doing, you know. i don't know if i buy it. Volledige review lezen

is Sadie Dernham Patek Professor of Humanities Emerita at Stanford University. She is the author of numerous books, including Radical Artifice: Writing Poetry in the Age of Media (1991), Wittgenstein's Ladder: Poetic Language and the Strangeness of the Ordinary (1996), and Poetry On and Off the Page (1998). She is considered to be one of the most distinguished critics now writing on twentieth-century poetry and poetics. 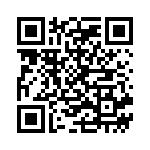