Pagina 107
The witnesses produced before the grand jury were Lord Howard , who you know what he says , and Mr. Shepard , the marchant , who , they say , did swear to his hand : for they say , a book was taken of his owne writing , very severely ...
Pagina 269
Father Babin , a Jesuit , says Mr. R. , studied the tides of the Euripus with attention , in order to reconcile the varying accounts of the antients . Let us see how they vary.- Pliny , Pomponịus Mela , and Strabo are allowed by Mr. R.
Pagina 381
Thucydides says nothing of such a failure in his days , when he mentions the Λαυρίε όρος και τα αργύρεια μέταλλά έσιν ' Αθηνάιoις . From the time of the Roman conquest of Greece , little can be traced respecting them . 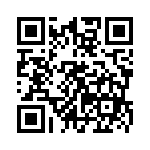