Martin Pickavďż˝ is Associate Professor of Philosophy and Medieval Studies at University of Toronto. He specializes in later medieval philosophy of mind and metaphysics, and is working on a monograph on medieval theories of the emotions.

Lisa Shapiro is Associate Professor of Philosophy at Simon Fraser University. She is the author of numerous articles on Descartes, with a specific focus on how his writings on the passions sheds light on his account of human nature, and on writings of early modern women thinkers. She is also the editor and translator of The Correspondence between Princess Elisabeth of Bohemia and Rene Descartes. Her current research is focussed on Spinoza, Condillac, and Hume. 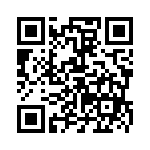