Pagina 228
Girl. One day when she was younger and better - looking , and when her voice
was stronger , Nikolay Petrovitch Kolpakov , her adorer , was sitting in the outer
room in her summer villa . It was intolerably hot and stifling . Kolpakov , who had
...
Pagina 461
At one moment he imagined himself in Von Rabbek ' s drawing - room beside a
girl who was like the young lady in lilac and the fair girl in black ; then he would
close his eyes and see himself with another , entirely unknown girl , whose ...
Pagina 622
There is absolutely nothing for us educated girls and women to do with ourselves
. Not everyone is able ... Yes , of course , ' said Kisotchka with a sigh , ' but you
know every girl fancies that any husband is better than nothing . . . . Altogether life
...

This fab duo sport 110 of Chekhov's shorts (70 Early and 40 Later). Along with the text, this additionally includes a brief biography and an introduction by editor Foote. Good stuff. Volledige review lezen

Absolutely brilliant. Highly recommended. In my opinion, he is the greatest short story writer of all time. Volledige review lezen

Anton Pavlovich Chekhov was born in the provincial town of Taganrog, Ukraine, in 1860. In the mid-1880s, Chekhov became a physician, and shortly thereafter he began to write short stories. Chekhov started writing plays a few years later, mainly short comic sketches he called vaudvilles. The first collection of his humorous writings, Motley Stories, appeared in 1886, and his first play, Ivanov, was produced in Moscow the next year. In 1896, the Alexandrinsky Theater in St. Petersburg performed his first full- length drama, The Seagull. Some of Chekhov's most successful plays include The Cherry Orchard, Uncle Vanya, and Three Sisters. Chekhov brought believable but complex personalizations to his characters, while exploring the conflict between the landed gentry and the oppressed peasant classes. Chekhov voiced a need for serious, even revolutionary, action, and the social stresses he described prefigured the Communist Revolution in Russia by twenty years. He is considered one of Russia's greatest playwrights. Chekhov contracted tuberculosis in 1884, and was certain he would die an early death. In 1901, he married Olga Knipper, an actress who had played leading roles in several of his plays. Chekhov died in 1904, spending his final years in Yalta.

Author and historian Shelby Foote was born in Greenville, Mississippi on November 17, 1916. He was educated at the University of North Carolina and served with the U.S. Army artillery during World War II. He was dismissed in 1944 for using a government vehicle against regulations. He later enlisted in the U.S. Marine Corps, but did not see active duty. After being discharged from the military, he briefly became a journalist. He has written short stories, plays, and longer works, but is best known for his three-volume narrative history of the Civil War. He was awarded Guggenheim fellowships in 1958, 1959, and 1960, a Ford Foundation grant in 1963, and the Dos Passos Prize for Literature in 1988. In 2003, Foote received the Peggy V. Helmerich Distinguished Author Award. The Helmerich Award is presented annually by the Tulsa Library Trust. He appeared in Ken Burns' PBS documentary The Civil War. He died at home in Memphis, Tennessee, on June 27, 2005 due to a heart attack. He was interred in Elmwood Cemetery in Memphis. 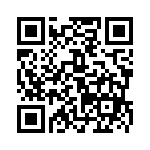