This book refers back to a previous death of an Oakley family member in 1889. Cora Oakley was found burned to death in her bedchamber. Her husband William was charged with murder since many felt that ... Volledige review lezen

The book was very light on police procedure. Accepting that Markby would be allowed anywhere near a murder in which he had direct contact with all of the suspects, even living with one of them ... Volledige review lezen

Like her heroine, Ann Granger has worked in British embassies around the world. She met her husband, who was also working for the British Embassy, in Prague, and together they received postings to places as far apart as Munich and Lusaka. They are now permanently based in Bicester, near Oxford. Granger is currently at work on her next Mitchell and Markby novel, featuring Fran Varady, a young private investigator living on her wits in inner-city London. 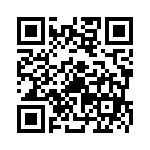