Jeffrey Miller's work has been described as "Mark Twain meets Rumpole of the Bailey." In his 19 years as a columnist for The Lawyers Weekly, he has chronicled the tragicomic intersection of law and the human condition. Jeffrey Miller's other books include the best-selling Street Talk: The Language of Coronation Street and the forthcoming Where There's Life, There's Lawsuits (Not Completely Serious Ruminations on Law and Life). A Decima Research Poll declared his column the single most popular feature in The Lawyers Weekly. As well, Miller, a former litigation lawyer and a dual citizen of the United States and Canada, writes fiction, works as a translator and editor, and has appeared as legal correspondent on CBC radio's Basic Black. 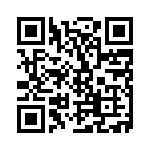