Pagina 477
At the conferences of Chatillon , too , when some arrangements were proposed
by Talleyrand on the part of France , in relation to Italy , it was distinctly stated by
all the four Ministers of the Allies , « that Italy then formed no part of the question ...
Pagina 479
Whatever be the issue of affairs in France , you must immediately depart for Italy ;
and prolong your stay in those cities where you judge your presence to be most
necessary , I was thinking of appointing you Counsellor of State before your ...
Pagina 480
Count of Bellegarde , Governor - general of the kingdom of Italy , a passage for
80 , 000 troops , to march , as he said , against the usurper of the throne of the
Bourbons : expecting thus to rouse the spirit of revolt against Austria which had ... 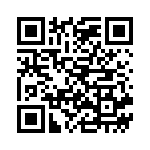