Gabriel Said Reynolds is Associate Professor of Islamic Studies and Theology at the University of Notre Dame (USA). He works on Qur’ānic Studies and Muslim-Christian Relations and is the author of A Muslim Theologian in the Sectarian Milieu, the translator of ‘Abd al-Jabbār’s A Critique of Christian Origins, and the editor of The Qur’ān in Its Historical Context. 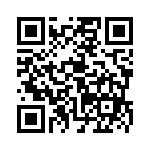