Pagina 317
From Zant , they continued their voyage , in a vessel of that island , to Corinth , where they arrived on March 11 , N. S. After a short stay there , during which they mealured an ancient temple , and took some views , being informed ...
Pagina 525
... continued . Rousseau , pathetic yet whimsical , always natural yet never common , an accurate reasoner yet an eccentric actor , might , if he had continued his novel , have continued it in a way which we should never have been able ...
Pagina 573
These continued to improve during the reign of his successor ; and it is but justice to the compiler of this abridgment , to say , that he has given a clear account of the state of the trade and revenue of Sweden at this period . 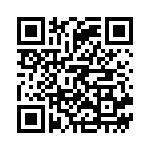