Pagina 36
In front walked a man perhaps five feet four inches tall , a boar's tusk through the septum of his nose , his head decorated with something resembling a truncated mitre which appeared to be made of short colourful feathers .
Pagina 55
With the gate open , the bell - mare walked through , and the rest , with gentle urging , followed . Traveller , momentarily separated from his dam , leaped at the fence and , rebounding , fell on his side . Slim was off his little roan ...
Pagina 356
I decided to walk , and turned to the special constables . ... The constables and I walked up to it , and I examined it closely . ... As I walked round it , an old man approached , accompanied by a dirty brown dog and a ... 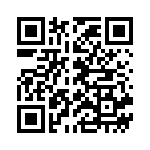