Pagina 22 - You have noticed that everything an Indian does is in a circle, and that is because the Power of the World always works in circles, and everything tries to be round. In the old days when we were a strong and happy people, all our power came to us from the sacred hoop of the nation, and so long as the hoop was unbroken, the people flourished.... Everything the Power of the World does is done in a circle.
Komt voor in 153 boeken vanaf 1609-2007
Pagina 94 - ... see the butchered women and children lying heaped and scattered all along the crooked gulch as plain as when I saw them with eyes still young. And I can see that something else died there in the bloody mud, and was buried in the blizzard. A people's dream died there. It was a beautiful dream.
Komt voor in 152 boeken vanaf 1954-2008
Meer
Pagina 101 - It has always been the prime function of mythology and rite to supply the symbols that carry the human spirit forward, in counteraction to those other constant human fantasies that tend to tie it back.
Komt voor in 43 boeken vanaf 1939-2007
Pagina 100 - ... themes having a particular form or pattern which persists amid variation from age to age, and which corresponds to a pattern or configuration of emotional tendencies in the minds of those who are stirred by the theme.
Komt voor in 38 boeken vanaf 1892-2007
Pagina 100 - I mean forms or images of a collective nature which occur practically all over the earth as constituents of myths and at the same time as autochthonous, individual products of unconscious origin.
Komt voor in 34 boeken vanaf 1939-2007
Pagina 19 - Now, if you are overcome, you may go and sleep, and get power. Something will come to you in your dream, that will help you. Whatever these animals tell you to do, you must obey them, as they appear to you in your sleep. Be guided by them. If anybody wants help, if you are alone and travelling, and cry aloud for help, your prayer will be answered.
Komt voor in 18 boeken vanaf 1962-2008
Pagina 52 - And so we shared this secret in the presence of ghosts, in wind that called forth the muttering tepees, the blowing snow, the white air of the horses' nostrils. The cottonwoods behind us, their dead white branches angling to the threatening clouds, sheltered these ghosts as they had sheltered the camp that winter. But there were others, so many others.
Komt voor in 14 boeken vanaf 1974-2007
Pagina 58 - Such is the home of the moose, the bear, the caribou, the wolf, the beaver, and the Indian. Who shall describe the inexpressible tenderness and immortal life of the grim forest, where Nature, though it be...
Komt voor in 28 boeken vanaf 1864-2006
Pagina 125 - We are in this together — the rich, the poor, the red, the white, the black, the brown, and the yellow. We are all one family of humankind
Komt voor in 5 boeken vanaf 1886-2004
Minder

MARY JANE LUPTON is Professor Emeritus at Morgan State University in Baltimore, where she taught Native American Literature, and African American Literature. She is the author of Maya Angelou: A Critical Companion (Greenwood 2001). 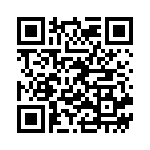