NICHOLAS MAYHEW is a curator in the Heberden Coin Room at the Ashmolean Museum and a Fellow of St. Cross College, Oxford. 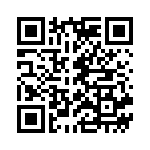