Kala Trobe (UK) is the main nom-de-plume of Kate La Trobe-Bateman. She is author of the award-winning work of fiction "The Magick Bookshop "and the new "Magick in the West End," a dazzling collection of short stories that brim with imagination and come straight from the theatre-lit, gaudy, blinding, yet, bewitching streets of London's West End - and all seen through the eyes of a magically-minded young and aspiring occultist at one of Londons most well-known esoteric bookshops.
Kala Trobe is the author of several works of Llewellyn non-fiction including "Invoke the Goddess: Visualizations of Hindu, Greek, & Egyptian Deities, Magic of Qabalah," "Invoke the Gods: Exploring the Power of Male Archetypes "and "The Witchs Guide to Life," and is also published by Random House UK.
Ms Trobe currently divides her time between London and Amsterdam. 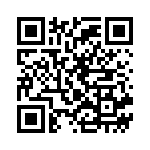