Pagina 23
But the leaves, covered with dew and yellow rust, were dying, and the flower itself
was already touched by mortal decay: the two lower cups were wrinkled and
blackened, and only the upper one, all dressed in the sparkling tears of dew, ...
Pagina 130
Choking back her tears, she begged her mother: "Don't let him go! Don't let him
go. Mummy! He'll be killed in the war. Daddy, don't ride off to the war!" Mishatka's
lips quivered, but he did not cry. He manfully restrained himself and angrily told ...
Pagina 217
And she burst into tears. But a minute later, though her eyes were still glittering
with tears, she was playing with Mishatka, flinging her silk holiday shawl over him
, and laughing as though she had never wept and never known the salty taste of
... 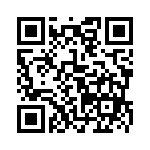