Ramjee Prasad is the Founder President of the CTIF Global Capsule (CGC). He has been a Founding Director of the Center for TeleInFrastruktur (CTIF) since 2004. He is also the Founder Chairman of the Global ICT Standardisation Forum for India (GISFI: www.gisfi.org) established in 2009. GISFI has the purpose of increasing of the collaboration between European, Indian, Japanese, North-American and other worldwide standardization activities in the area of Information and Communication Technology (ICT) and related application areas.

He was the Founder Chairman of the HERMES Partnership – a network of leading independent European research centres established in 1997, of which he is now the Honorary Chair. He is a Fellow of the Institute of Electrical and Electronic Engineers (IEEE), USA, the Institution of Electronics and Telecommunications Engineers (IETE), India, the Institution of Engineering and Technology (IET), UK, Wireless World Research Forum (WWRF) and a member of the Netherlands Electronics and Radio Society (NERG), and the Danish Engineering Society (IDA).

He has received Ridderkorset af Dannebrogordenen (Knight of the Dannebrog) in 2010 from the Danish Queen for the internationalization of top-class telecommunication research and education. He has been honored by the University of Rome “Tor Vergata”, Italy as a Distinguished Professor of the Department of Clinical Sciences and Translational Medicine on March 15, 2016.

He has received several international awards such as: IEEE Communi- cations Society Wireless Communications Technical Committee Recognition Award in 2003 for making contribution in the field of “Personal, Wireless and Mobile Systems and Networks”, Telenor’s Research Award in 2005 for impressive merits, both academic and organizational within the field of wireless and personal communication, 2014 IEEE AESS Outstanding Organi- zational Leadership Award for: “Organizational Leadership in developing and globalizing the CTIF (Center for TeleInFrastruktur) Research Network”, and so on.

He has published more than 30 books, 1000 plus journals and conferences publications, more than 15 patents, over 100 Ph.D. Graduates and larger number of Masters (over 250). Several of his students are today worldwide telecommunication leaders themselves. 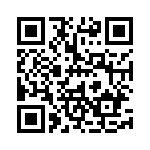