Pagina 257
The first voyage afforded an opportunity of viewing many of the islands which are clustered along the Dalmatian coasts ... about a thousand persons ; forming only a fourteenth part , as they were told , of the population of the island .
Pagina 357
The rocks of green serpentine , mentioned by the late Dr. Walker as occurring on the shore at the south side of the island , and as capable of being quarried to any extent , seem to have no existence . The supposed specimens of jade are ...
Pagina
56 . count of , 533 • gues on , 108 . turesque beauties of that H. island , 369 . Hamlet , his character discussed , Gavirol , Soliman Ben , memoir as exhibited by Shakspeare , Gay's chair , account of the dis Harris , account of that ... 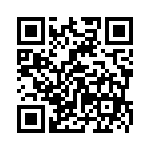